Last Thursday over 50 people gathered in Springfield to talk about Why We Need a Climate Change Plan in Springfield and How to Get It.  Check out this video (created by our own George Aguiar!) which will give you a taste of the energy generated at this event. 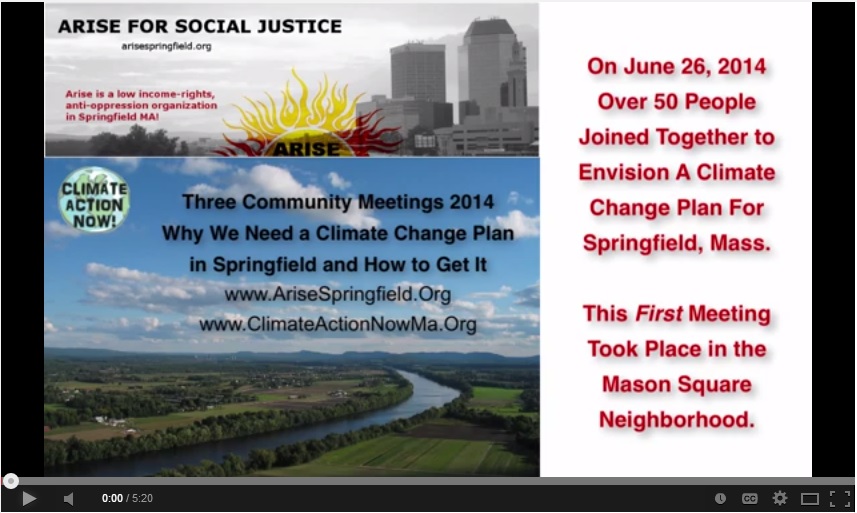 This coming Thursday in Springfield:

You are warmly invited to attend a planning meeting to prepare for our second Community Gathering to be held on August 4th in the North End of Springfield. The Climate Action Plan for Springfield Campaign is one of the continuing projects to emerge from the Climate Justice Conference held in Springfield last September.

Planning meeting this Thursday night at Arise for Social Justice
Contact susantheberge@comcast.net to join a carpool from Amherst/Northampton.
Please call 413-734-4948 for information about the meeting

ROLLING MARCH TO THE STATEHOUSE

Feel free to contact organizers, Julia (jablyth@gmail.com) or Mary  (msk17@mtdata.com)  to sign up, join in or ask any questions.

As a group of local pipeline opponents from around the state, we’re doing a town to town relay from Richmond to Dracut!  Local walkers will follow the route on roads that parallel the route, and walk along the route more closely through conservation areas, etc.


We’re still looking for town leaders in Lenox, Pittsfield, Dalton, Plainfield, Conway, Shelburne, Greenfield, Ashby, and Dunstable. We can make do without leaders in some places, but Pittsfield and Greenfield are essential.

We’d like to kick the walk off with lots of support in Richmond, July 6th (People from Canaan, NY will probably join in too), and we’ll likely have a celebration in Dracut on July 26th. We’re going to carry a piece of symbolic pipe that says “STOP the Pipeline” (It’s like one of those fishing pole tubes–so we’ll probably carry the petitions inside).

On July 30th we’ll deliver the petitions to the statehouse, after a rally across the Boston Common.  The vision is a sort of Daniel Shays drama — storm the statehouse with big flags, etc.  We imagine this being populated by 350.org, other such organizations looking for a way to make a big moment, as well any citizens who have been waiting to bring this fight to the State House.

We’ll have concurrent rallies at town halls — we’re imagining giving select boards of towns that haven’t passed a resolution a pile of the resolutions from all of the other towns that have passed one.

Details are still emerging – send your ideas and/or connection to Massachusetts notables to organizers Julia (jablyth@gmail.com) or Mary  (msk17@mtdata.com).

Schedule below: (average of about 7-8 miles per day), asterisks are those without leaders. 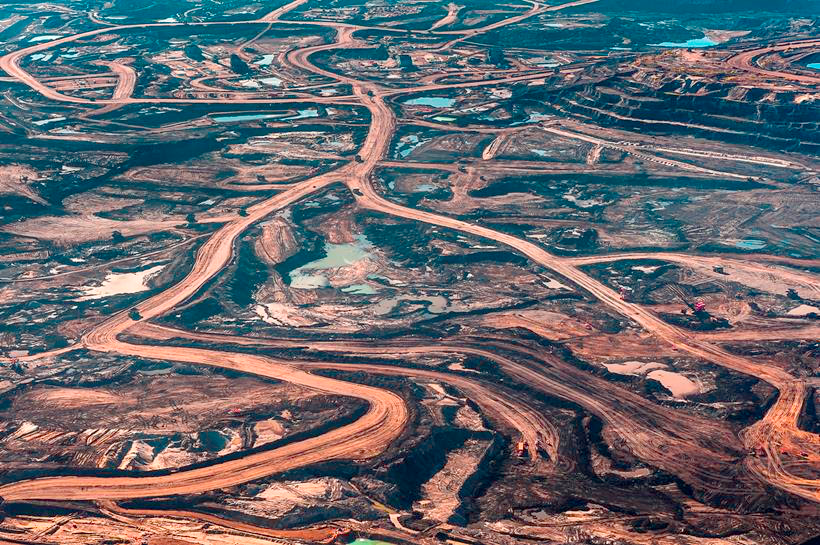 The horrors of the tar sands are familiar by now: poisoned water, clear-cut forests, broken treaties with First Nations peoples, and staggering levels of carbon pollution. That’s why it’s outrageous — almost unbelievable — that by 2020, 11-18% of Massachusetts’ oil could come from the tar sands. As part of 350MA’s Climate Legacy Campaign, we have been calling on Governor Patrick to ban tar sands oil. On July 13th, Governor Patrick will meet with his peers at the New England Governors’ Conference. Together, they could implement a regional Clean Fuels Standard to ban tar sands oil from New England entirely. We are staging a People’s Conference to tell them to follow the will of the people and ban tar sands now!

WHAT: People’s Conference and Speak Out
WHEN: 12PM, July 13th
WHERE: Bretton Woods, New Hampshire

Register here to let us know you are coming so we can coordinate transportation!

Climate Action NOW/350 MA will hold its monthly general meeting at 7 pm Monday night,July 28th, at the social hall of the Unitarian Universalist Society of Amherst, 121 North Pleasant Street, featuring discussion of the important social justice work being done in Springfield to push for a climate change plan for the city. There will also be breakout sessions, including one focusing on the statewide divestment campaign and other exciting developments, and a second one on organizing people from the Pioneer Valley to attend the massive People’s Climate March in NYC on September 21 and of course updates on the Climate Legacy campaign and the fracked gas pipeline. Come and get involved in the struggle against climate change and environmental injustice. The meeting is free, open to the public, and handicap accessible.

Are you ready for the largest climate action in history? 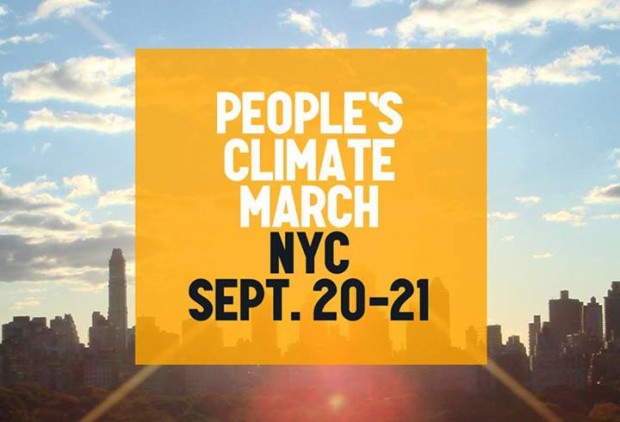 With our future on the line and the whole world watching, we’ll take a stand to bend the course of history. We’ll take to the streets to demand the world we know is within our reach: a world with an economy that works for people and the planet; a world safe from the ravages of climate change; a world with good jobs, clean air and water, and healthy communities.

To change everything, we need everyone on board.


People in the Pioneer Valley are already mobilizing to bring as many participants as possible to the march. If you would like to help put together a plan for buses, trains, bicycles or whatever mode of transport you can think of, please contact Karen Ribeiro (karen@innerfortune.com) or Kim Finch (finch.kim@gmail.com).

Update from Rose at No Fracked Gas in MASS

We’ve received calls from at least two towns now that their town offices were called by TGP / Kinder Morgan officials who notified them that they’ll be surveying in town along public roadways. This is apparently immediate notification – with plans to survey right away.


If people want to rescind permission or deny permission if they haven’t been approached, the fastest way to do so is to email it in to the Right of Way Agent’s office. Print out the Rescind or Deny letters, fill them out and sign them, scan them and email to: jim_hartman@kindermorgan.com

New letters to Rescind or Deny permission are available with versions for individuals, town select boards or city councils – 1 4-page document for each:

Then back it up by sending as certified return-receipt mail to the address on the letter. As always, legal help is available at MassPLAN.org, thanks to contributions from many concerned citizens.

Greening Greenfield has done fabulous work  over the years to make Greenfield more sustainable. Would you like to help replicate some of their work in Amherst and the Springfield area, specifically their effort to bring young people into awareness of the possibilities for change in response to the climate crisis?

For three years they have sponsored a Science and Sustainability Expo at Greenfield Community College on Saturday in March. They would very much like to invite young people from all over Western Massachusetts to participate. This means getting science teachers involved who will help their students to create a wind generator, a green dollhouse, or some other project. There are these three categories. See: http://greeninggreenfield.org/focus-on-youth/science-sustainability-expo.

In order for CAN/350MA to be involved, we need a small committee to recruit teachers over the summer – the sooner the better! The teachers will need to incorporate the program in their plans for the year. Susan Reyes, who coordinates the Expo is more than happy to talk to the teachers once we get them interested. Greenfield will seem like a long ways away to students from the Springfield area and even Amherst, so our committee may raise funds to rent a bus for them to bring the students and their projects. The great thing about this project is that a huge number of volunteers are in place, and we don’t have to reinvent it! We just have to figure out how to get more young people involved – from grades 3-12.  Please contact Tim Holcomb at tim@cooppower.coop if you would like to get involved or know a science teacher we can approach.  Thanks to Ann Perkins for offering us this wonderful idea!